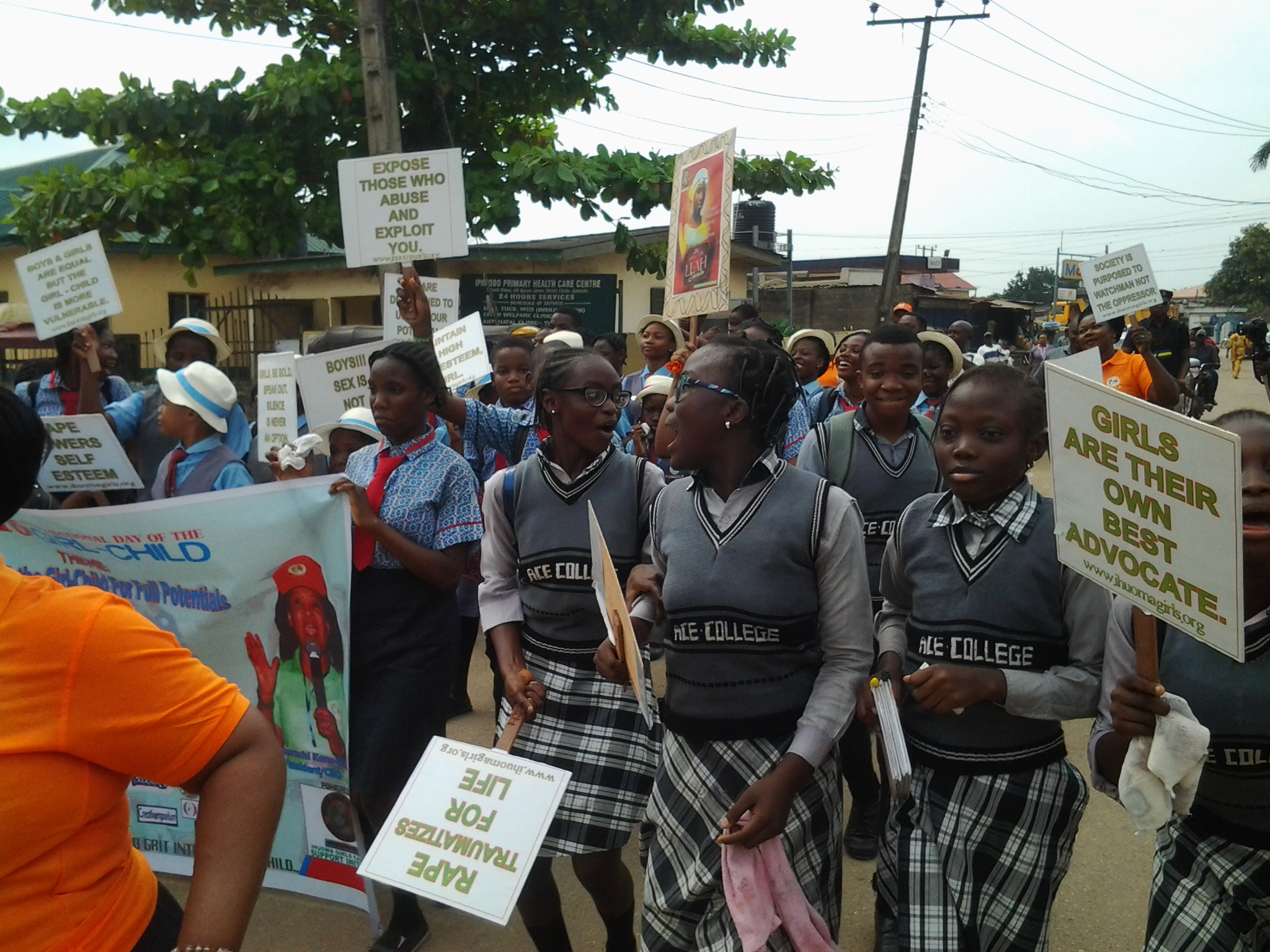 As the world marks the annual international day of the girl-child on 11th October, 2018, a non-governmental organization, Ihuoma Girl-Child has organized an awareness rally and public lecture, to beam the search light on the plight of the girl-child in the society.

According to UNICEF, 31 million girls are still out of school around the world and the completion rates and learning levels of girls are lower than those of boys. Participation of girls in school decreases as they progress through education system due to early marriage, getting pregnant and raising children.

Speaking on the theme of the 2018 International Day of the Girl Child is “EMPOWER the Girl Child For Full Potentials”, Mrs Kenne Okafor, President, Ihuoma Girl-Child Care disclosed that, ‘a lot of things and situations stand in the way of the girl children in particular which do not allow them to actualize their potentials. This special day for the girl-children has exposed many of the hidden challenges to the direct victims and they have seen the need for them to be involved in advocating for their freedom. It is certain that when you do not understand an issue, others may talk about it on your behalf but when you do, you will prefer to do it yourself’ she said.

Mrs Okafor regretted that, it is pathetic that many of the Nigerian girl children are not allowed to fulfill their potentials, due to the challenges confronting them in the society.

Speaking to Ikorodu Oga Radio, Mrs Ihuoma noted that the girl-child remains the most vulnerable in the society, being the targets of rapists, kidnappers and terrorists among many other social menace.

Speaking further, Mrs Okafor stressed that, ‘girls are change agents, they play a crucial role in solving the most persistent development problems facing the world today by investing extensively in their economic potentials through education, and the cycle of poverty can be broken’.

The occasion also served as another opportunity to bring the plight of the only Dapchi school girl still in the captivity of Boko Haram, ‘we have today, Leah Sharibu being held by Boko Haram in captivity.  She has been traumatized and abused physically, psychologically, mentally, emotionally and otherwise. They are determined to destroy her resolve and resilience to fulfill her potentials. In this situation, how will she actualize her potentials in life? She queried.

A representative of the Office of Public Defender, OPD, Barr. Ame also gave a talk on the need for the girl-child to speak up against molestation and discrimination by others. She encouraged them to feel free to call the OPD hotline when they are in any  emergency situation. 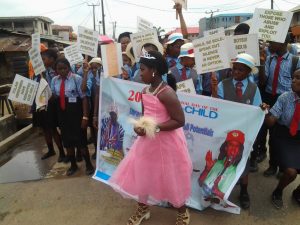 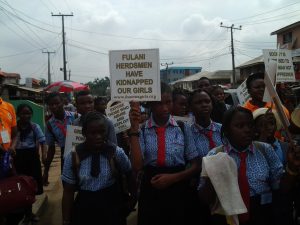 Some of the students during the commemorative rally 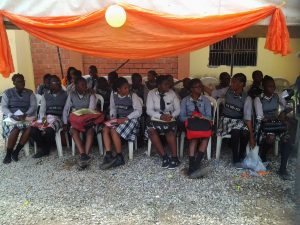 Cross-section of students at the Summit 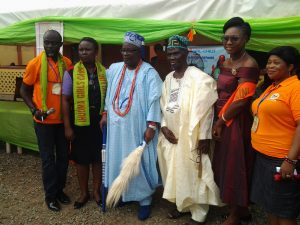