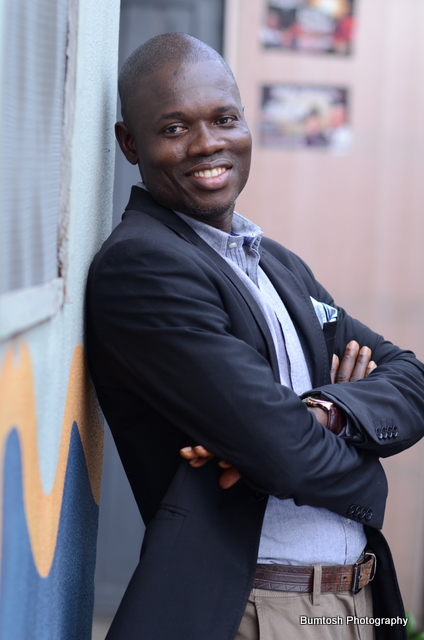 In commemoration of the 2018 international day of the girl-child, a community media practitioner and founder of Nigeria’s first online community radio, Ikorodu Oga Radio, Omo’ba Peju Akinyemi has added his voice to the call for government at all levels and the society in general to treat the girl-child specially.

Speaking on the theme: Building Confidence in the Girl-Child to fulfill their potentials, Omo’ba Akinyemi berated a situation where in the 21st century, many supposed and enlightened people still treat the girl-child with disdain, preferring their male counterpart above them.

The frontline journalist recounted of how he was a victim of the girl-child discrimination, when his late grandfather denied his mother Western education as a child. He noted that this rubbed his mum a lifetime opportunity to get formal education.

He noted that, the unfortunate development made his mother struggled to raise her seven children. He added that, but for the intervention of his eldest sister, who came to the mother’s rescue through moral and financial assistance, when his father died; he would not have amounted to anybody in life today.

Omo’ba Akinyemi added that, the society must start building confidence in the girl-child in its own interest, noting that the girl-child on the street is someone’s sister who will grow up to become a wife, mother and mentor to her own children.

‘She is the sister who provides help, support and company to the male counterpart. She will become the wife who may not make a good spouse if deprived of her confidence and self-esteem. The same girl-child will become the mother, who will be responsible for raising her children. The girl-child has numerous critical responsibility which she may not be able to effectively discharge if we fail to give her the confidence she needs today to prepare her for the crucial roles in the future’ he said.

He also blamed some of the current social menace like kidnapping, armed robbery, terrorism and other social vices are some of the direct and indirect consequences of failed motherhood, which can be traced to faulty upbringing of the girl-child by the society.

‘She is the NATION – For Nigeria to change into our dream country, the girl-child must be properly RAISED, MENTORED AND NURTURED’ he submitted.

Enumerating some of what kills the morale of the girl-child, Akinyemi listed preferential treatments and special privileges given to the male-child by the parents as well as the society’s belief in the men’s world notion as some of the major contributing factors to discrimination against the girl-child.

Akinyemi also added his voice to the theme of the 2018 Int’l Day of the Girl Child, by stressing the need for the society to start building confidence in the girl-child, by showing love, giving opportunities and celebrating her in order to build her self-esteem.

The media practitioner concluded by motivating the audience, majority of whom are school girls with the success stories of outstanding women whose positive impacts on the society has remained indelible. Some of whom are, Late Mrs Funmilayo Ransome Kuti- the first woman to drive a car in Nigeria. Mary Slessor, the German missionary who stopped the killings of twins in Nigeria. He also mentioned the late NAFDAC boss, Prof Dora Akunyili, who saved millions of Nigeria from untimely death caused by fake and adulterated drugs. He also celebrated the courage of Dr Adadevoh, who sacrificed her life to save Nigeria and Africa from the deadly Ebola disease among those that should form inspirations for the Nigerian girl-child.

Earlier in his welcome speech, Oba Bashir Aremu Shotomiwa, the Sekumade of Ipakodo commended Mrs Okafor for the noble initiative and asked parents to rise up to the occasion of teaching their children on sex education and not leave it alone to the teachers.

The monarch equally enjoined government at all levels to introduce the teaching of sexuality education into school syllabus.

Earlier, some of the students entertained guests and participants with dance presentation. 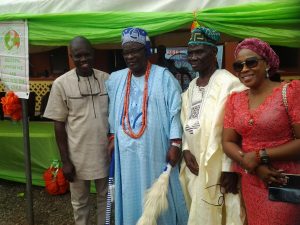 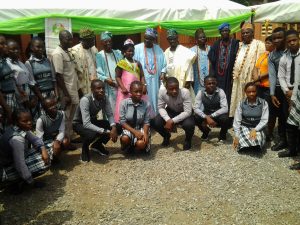 ACE College students in a group photograph with Kabiyesi and others 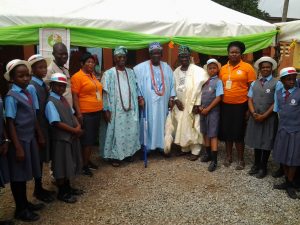 Kingsfield College students with Kabiyesi and the organisers 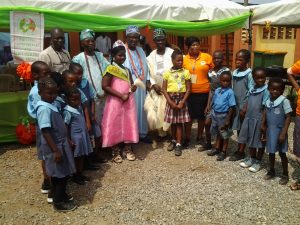 Pupils of Olaomopo Nursery & Primary School with Kabiyesi and the organisers