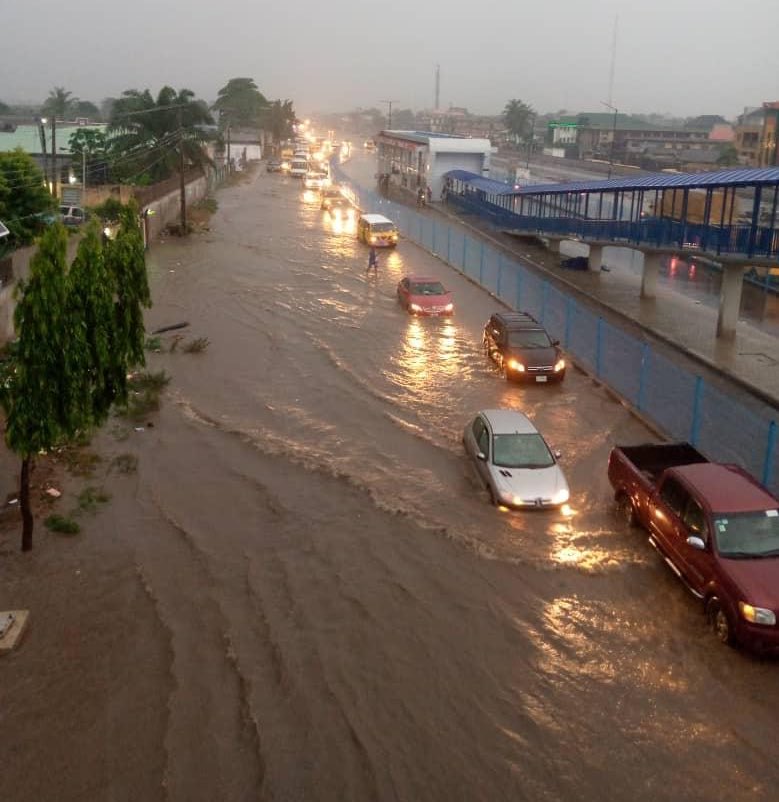 Amidst the partial lockdown of the State as a result of the Covid-19 pandemic and its attendant negative consequences on the socio-economic activities in the State, the late Tuesday night / Wednesday rainfall has totally locked down the entire Lagos roads, with many motorists stucked in the flood while many commuters were stranded.

The heavy downpour also prevented many Lagosians from going to their various places of work while many were stranded in their houses. Others who cannot afford to stay back at home had to defy the downpour to go to work but, not without horrible tales to tell.

A resident of Igbogbo-Baiyeku in Ikorodu local government who simply gave his name as Segun Samuel berated the Lagos State government for not addressing the issue of flooding and bad roads across along the Igbogbo-Baiyeku road before the commencement of this year’s rainy season.

Samuel lamented that his determination to catch up with a pre-scheduled official meeting at his office made him spent the entire day in his broken down car along the Ikorodu-Lagos road.

Some of the affected roads in Ikorodu are Isawo-Agbede road, Ijede Road, Igbogbo-Baiyeku / Offin Road and Itoikin roads all in Ikorodu.

See some of the photos of the flooded Lagos roads across the State below; 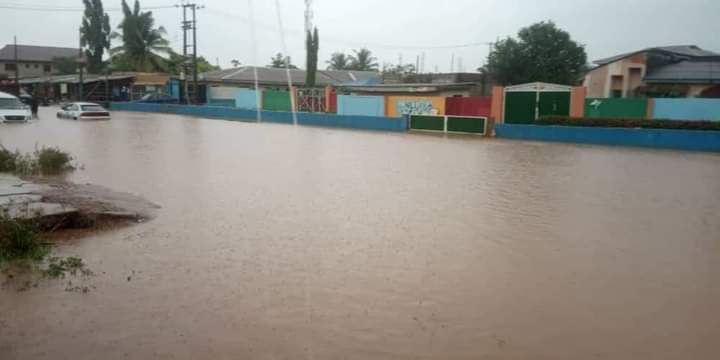 A section of the Igbogbo-Baiyeku Road in Ikorodu

A flooded section of the Ikorodu Road, Lagos