While some names have been flying around in the media from the Epe Division of the Senatorial District, similar permutations have been ongoing in some parts of Somolu and Kosofe axis, the political base of late Senator Bayo Oshninowo.

The Ikorodu Division stakeholders have also began discussions on the need to present a popular and acceptable candidate that can withstand and even stand shoulder high above other contenders from the other local governments in the State. According to them, Ikorodu Division which and has never been considered for the State Governorship seat, Speakership position and other plum political offices in the state deserves the slot, as a way of ensuring equity and fairplay among the founding divisions of the State.

In the last few days, names of some candidates have been prominent among possible replacements for the Seat. They include, serving House of Reps member, Hon. Babajimi Benson, a retired former Permanent Secretary and Clerk of the House of Assembly, Otunba Ganiyu Olusegun Abiru, Chairman Nigerian in Dispora Commission (NiDCOM), Hon Abike Dabiri-Erewa and a former Lagos SSG, Princess Adenrele Ogunsanya.

While there were dissenting voices on the choice of Hon. Abike Dabiri on the grounds that she has been far away from the division, ever since she lost her 4th term bid to represent Ikorodu Federal Constituency at the House of Reps, hence making her a hard sell to the division. Others were of the opinion that keeping her current position at NiDCOM will be in the best interest of the division, as presenting a new candidate will be a better deal for the division. However, Abike-Dabiri herself has issued a statement to state that she was not interested in the vacant position.

Similarly, many have ruled out the candidacy of Princess Adenrele Ogunsanya on account of old age and the fact that, she may not get the favour of the powers-that-be in the Lagos APC over her support for the immediate past Governor of the State, Mr Akinwunmi Ambode, an Epe indigene who failed to secure the favour of the State APC leadership for his second term in office in 2019.

Barring any last minute emergence of any new candidates, three names have remained consistent and most widely touted among community and political stakeholders across party lines in the division. They are House of Reps member, Hon Babajimi Benson; A Retired Former Permanent Secretary and Clerk of the Lagos State House of Assembly and incumbent Chairman, Ikorodu Oga Development Association (IKODASS) Otunba Ganiyu Olusegun Abiru as well as the 2019 ADP Gubernatorial Candidate, Mr Babatunde Olusola Gbadamosi.

IkorodunOga Radio have done an analysis of the Ikorodu Division’s ‘consensus’ candidates and their unique selling points that positions them above others as the right candidates to fill the vacant Lagos East Senatorial Seat.

Ikorodu Division stakeholders seems to have a special love and interest in the ‘elevation’ of Hon. Babajimi Benson, the incumbent House of Reps member, who is popularly referred to as ‘James Bond’ by his teeming supporters and admirers. Benson’s sterling performance in barely five years as Representative of the Ikorodu Federal Constituency at the House of Reps has been described by many as unprecedented and an eye-opener to the under performance of previous occupiers of the office.

While Jimi Benson lives and works in Abuja, his high visibility, robust and unparalleled social media and physical interaction with his constituents is seen as uncommon among regular politicians. The amiable politician, who has touched thousands of lives across the Ikorodu Federal Constituency, through his caring heart initiatives like the Monthly I-Care Food Bank, Start-Up Ikorodu, Ikorodu Job Portal among other pro-people initiatives is seen by many as a perfect candidate for the vacant Senate seat. They beleive that, considering JB for the exalted office will enable him spread his caring heart initiatives to other local governments within the Lagos East Senatorial District.

One other thing that stands JB out, apart from his outstanding performance at the House of Reps is his closeness to the APC National leader, Asiwaju Bola Ahmed Tinubu, who is widely believed to be the main determinant of the party’s candidate for the position. JB’s possible emergence according to sources  will be in the best interest of Ikorodu Division and the ruling All Progressives Congress (APC). 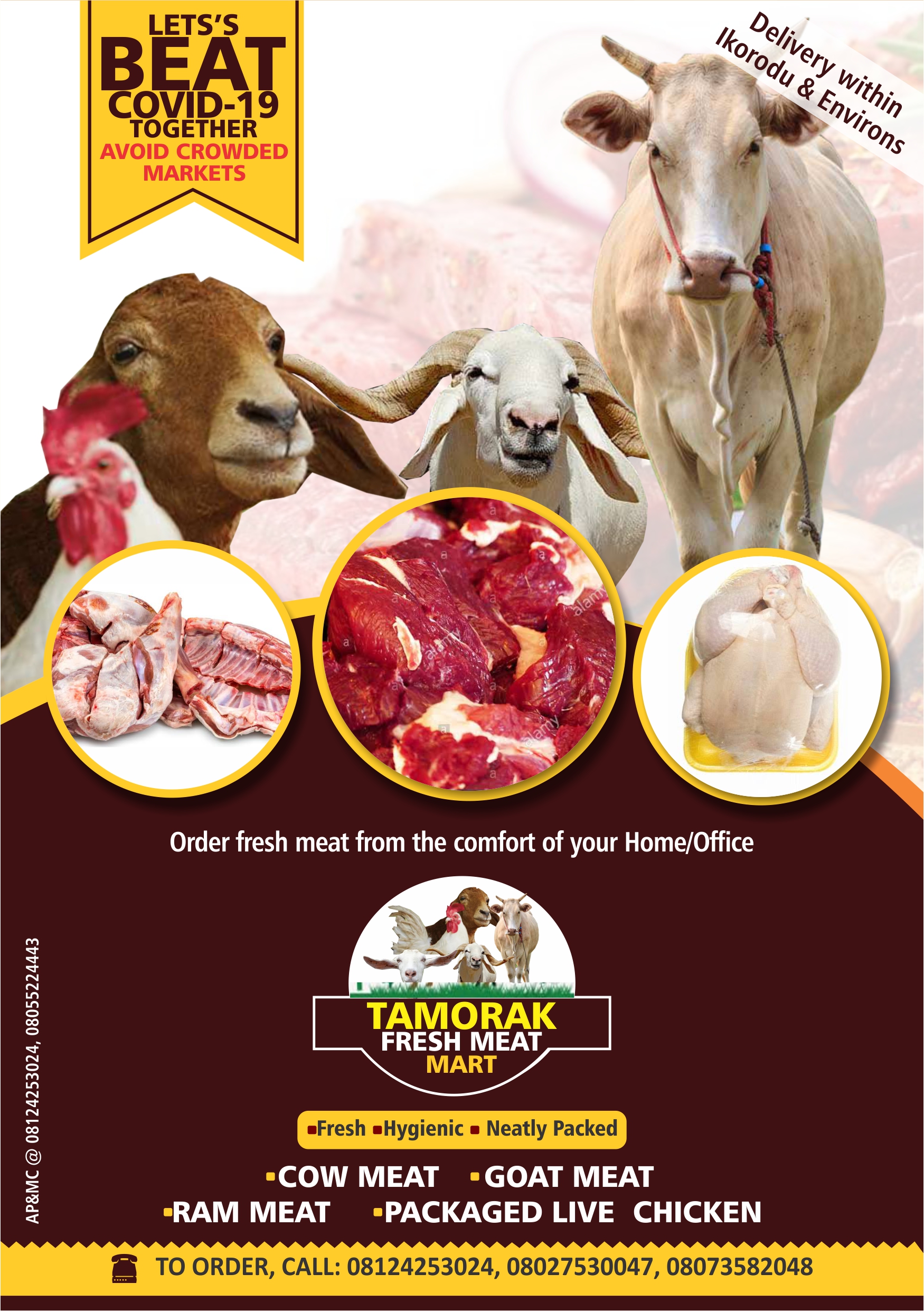 Popularly called GOA by his teeming lovers across Ikorodu and the entire Lagos East Senatorial District, Abiru, a retired Lagos State Permanent Secretary and Clerk of the Lagos State House of Assembly is beleived to be the right candidate to fill the vacant position in the Senate.

Abiru, it is believed has a wealth of public service cum legislative experience having superintend over the stability of the  Lagos Assembly for good five years as Clerk. It is on record that during his tenure, there was no crisis nor impeachment of the Speaker, throughout his stay as the Clerk of the House. This feat is believed to have strengthened the bond between the executive and legislative arms of government in the State. Abiru’s administrative dexterity is believed to have contributed to the Assembly’s popular accolade of ‘Beyond the usual standard of Excellence’ among other state assemblies in the country.

Another unique strength of an Abiru candidacy is the fact that he has an edge as a former aspirant to the Senatorial position in 2019. Abiru contested alongside the late Senator Osinowo before withdrawing from the race for the party’s choice of Osinowo. Stakeholders believe that, having traversed the length and breadth of the Senatorial district during his series of consultations and political meetings ahead of the APC primary, Abiru has an existing political structure and networks of supporters, that will make the forthcoming election a walk-over for the APC in the District.

As the Chairman of Ikorodu Development Association (IKODASS) and a community leader of note, Abiru is believed to be a grassroots politician and is widely loved among the traditional institution and the youth population across Ikorodu Division and beyond.

Some school of thoughts also hold the believe that, considering Abiru for the Senatorial seat will be a good way to compensate party loyality, due to the fact that, he willingly stepped down from the race, in deference to party decision, having taken his ‘withdrawal’ from the race in good faith. He continued to contribute financially and otherwise to the victory of the APC during the 2019 general elections. Inspite of the fact that he has not been considered for any political appointment, so far, Abiru has continued to keep faith with the party.

MR BABATUNDE OLUSOLA GBADAMOSI Another name that has continued to ring a loud bell within the Ikorodu and Lagos East political landscape is that of the 2019 Governorship candidate of the ADP, Mr Babatunde Olusola Gbadamosi, who recently defected to the opposition People’s Democratic Party (PDP).

Some Ikorodu stakeholders have stated that, in the event that that the ruling APC denies Ikorodu Division its Lagos East Senatorial ticket, they will be left with no option other than to throw their weight behind Mr Gbadamosi who has been widely applauded as the Best ‘Debating’ Governorship Aspirant at the 2019 Governorship Debate, ahead of the 2019 elections, due to his grasp on many issues confronting the State and Nigeria at large.

Whem news broke last week that the Lagos PDP is set to give its Lagos East Senatorial ticket to the property mogul and owner of the popular Amen Estate, based in Ibeju-Lekki, Lagos, some Ikorodu stakeholders have applauded the decision which they have described as a welcome development.

With Ikorodu Division boasting of 30 out of the 90 wards in the district, the division remains a major battle ground in the forthcoming Senatorial election, hence its strategic importance in the scheme of things.