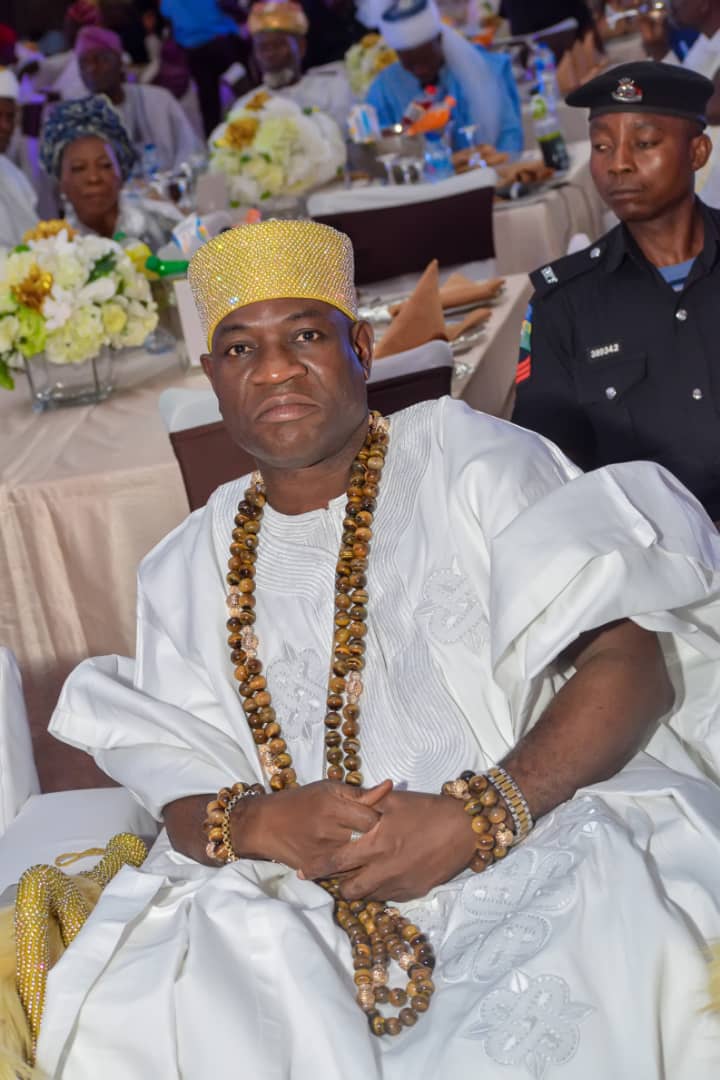 As the COVID-19 pandemic continues to take its toll on businesses and lives in general, His Royal Majesty, Oba Semiudeen Orimadegun Kasali, Emugoriade 1, the Adeboruwa of Igbogbo Kingdom, has assured his people that it is a phase that will pass.

His Royal Majesty, Oba (Barr.) Semiudeen Orimadegun Kasali, Emugoriade I, the Adeboruwa of Igbogbo Kingdom who ascended the throne of his ancestors in 2016 stated this in a message, signed by his his Media & Publicity Consultant, Steve Anu’ Adesemoye to mark his fourth anniversary as ruler of Igbogbo Kingdom. Oba Semiudeen, noted that in order to stem the COVID-19 pandemic, people need to be united in adhering to the laid down directives by the government and the health bodies.

According to the monarch, beyond the effort of the government, the people need to observe social distancing, proper hygiene practices, abstain from public gathering, and other such regulations.

“The palace understands the toll the COVID-19 pandemic has taken on businesses, and the way of life of people, that is why we are with them during this time of dire need.”

“It is at a time like this I urge all Nigerians to remain united in their day-to-day dealings with one another, irrespective of tribe or religion. Together we can defeat this pandemic and have things return to normalcy,” he said.

Kabiyesi seized the opportunity to commiserate with families of Late  Sen. Adebayo Sikiru Osinowo, Senator, Lagos East Senatorial District and other people that might have lost their beloved ones during this trying period.

The Oba also called on the Federal Government, Lagos State Government and appropriate agencies to take the security of lives and property serious, especially as it relates to his community.

According to him, there is no better time to come together to stem the prevailing incidents of cult related violence and other forms of insecurity than now. The cultists must be treated as ‘common enemies’ to themselves and the future of our great Igbogbo Kingdom.

He further drew the plight of the government to the state of roads in the community, stating that adequate infrastructure is necessary in ensuring a viable economy and  discourage urban migration.

“Other issues I would like to draw the attention of the government to include that of flooding and how it threatens the lives of my people, as well as the delay in compensating people of Igbogbo Kingdom whose houses were demolished to pave ways for road construction.”

“It is enough pain to lose ones ancestral home(s) for the development of our kingdom. It is more disheartening to wait endlessly for compensation that is meant to resettle the heroes/heroines of this noble sacrifice.”

While thanking the Governor of Lagos State, Mr Babajide Olusola Sanwo-Olu and his deputy, Dr Olufemi Hamzat for their unalloyed support, Oba Semiudeen also used the opportunity to remind Mr Governor of the compensation for his people.

“My sincere appreciation goes to the Ijaolu family, the council of Obas, my traditional and honourary Chiefs, Baales of communities, iyaloja/babaloja, religious bodies, as well as the Chairman and great staff of Igbogbo Bayeku Local Government for the support they have shown me these past four years.”

“My gratitude will lack substance if I don’t specially recognize the elected representatives, political actors and community developers that have been of immense support to the throne.”

“I would also like to call on the sons and daughters of Igbogbo as well as the Lagos State Government to come together to ensure the rapid development of the Kingdom,” he added.

While appealing to religious bodies to continue praying for the defeat of the pandemic which has prevented believers from observing prayers in different places of worship, Adeboruwa also commended frontline health workers.

“It is also of great importance that I acknowledge sacrifices made by religious leaders and their congregants that have been unable to worship since the breakout of the COVID 19 pandemic. Also, the Olombas.

“These people have been unable to celebrate important festivals due to the physical distance measure as stipulated by COVID 19 protocols. I enjoin them to keep praying for the world to overcome the challenges.”

“I also want to identify with our frontline workers in the State ably led by the Commissioner for Health, Prof. Akin Abayomi. Their commitments and dedication to duty made it possible for the state to effectively manage the pandemic at great risk to their own health” Kabiyesi said.

“As we gradually approach Ileya celebration, I wish Muslim community a happy celebration and enjoin them to observe the sallah in peace and harmony.”

“They should reflect on the importance of the celebration and pray for the country and its leaders. It is also important that they should adhere strictly to whatever directive that may be issued by the government in this regard.” he said.

Born October 20, 1968, in Lagos, Oba Semiudeen Orimadegun Kasali studied Law at the University of Ibadan and graduated in 1997. He thereafter proceeded to the Nigerian Law School and was among the last batch in Lagos, before the opening of the Abuja campus. He equally bagged his LLM from the prestigious Obafemi Awolowo University, Ife.

The ruling house, Ijaolu, presented him as its candidate for the stool of Igbogbo Kingdom in June 2015 amongst the three applicants who made the final list.

He is married to Olori Sekinat Omolara Kasali and Olori Kafayat Omobolanle Kasali and is blessed with children.

This is wishing Kabiyesi Happy 4th Anniversary and more impactful years on the throne of his fore-fathers.