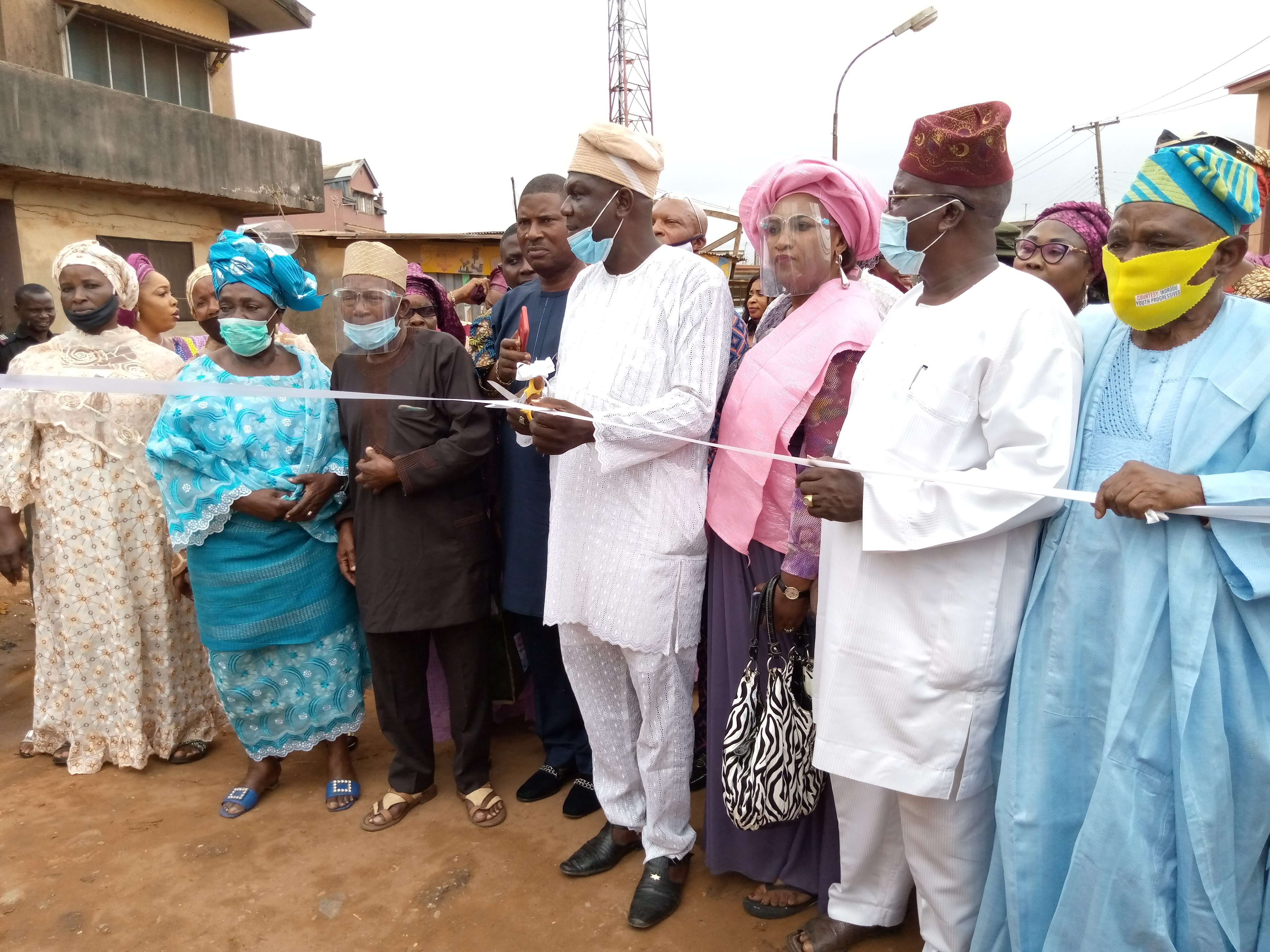 It was a frenzy atmosphere of celebration as Ikorodu council boss, Hon Wasiu Adeshina flags off the renovation and major facelift of 40 year old Ikorodu Local Government Secretariat building to meet current standards. The council building was built in 1973, during the Brigadier Mobolaji Johnson Military regime in the State.

The poject was formally flagged-off by the Executive Chairman, Hon Wasiu Adeshina at the 2-in-1 Official Flag-Off of the renovation exercise of the secretariat building and the 426 Meter Surfacing of the 423 Meters Anibaba-Solafun road in the heart of the local government council.

Addressing some selected guests and stakeholders that graced the ceremony, Hon Adeshina stated that, the secretariat building had been built with decking in 1973 and has remained like that until now, thereby making the offices uncomfortable for most staffs. This, he said has grown from bad to worse, due to cracks and leaking roofs whenever during rainy seasons.

‘The Ikorodu local government secretariat has been in existence for 40 years, without a roofing. Therefore, this administration has demmed it fit to embark on its major renovation, in order to create a conducive working environment for our members of Staff, leading to better service delivery’, he said.

‘There is need for a befitting roofing and beautification of the Secretariat, which will enhance the general environment of the Council, while making it more accommodating and friendly for all’, he added.

Corroborating the Chairman’s position, an APC Chieftain, Alh Ola Gafar praised the Council boss for his thoughtfulness in giving the old secretariat building a face-lift. ‘Ikorodu Local Government Secretariat is one of the biggest and oldest council buildings in the entire Lagos State. I therefore commend our Chairman for taking up the initiative to upgrade the facility in order to protect it from depreciating’. 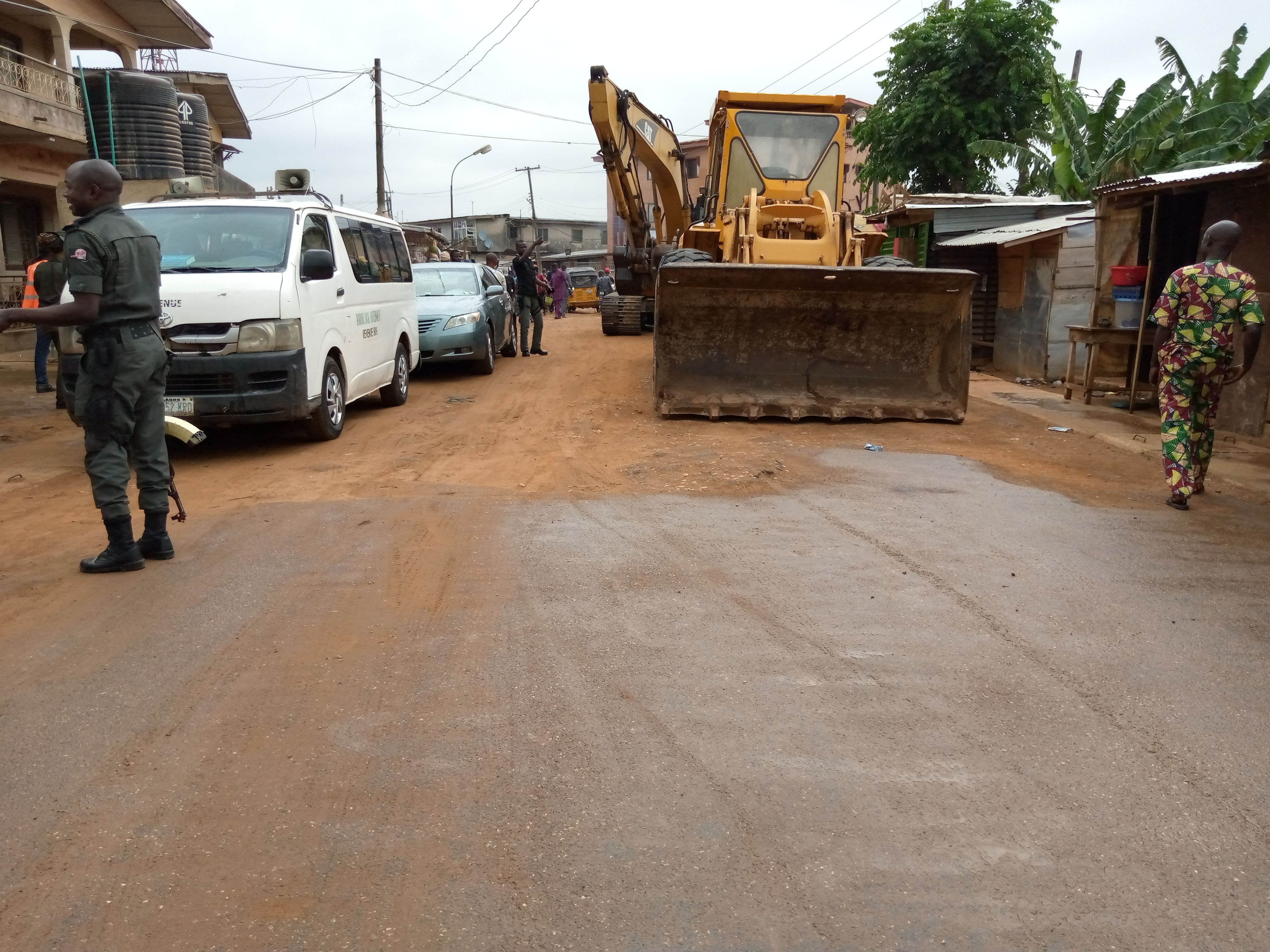 Speaking on the Surfacing of Anibaba-Sholafun Road, Hon Adeshina noted that the road, which sits in the heart of Ikorodu township was a major link road to many parts of the local government, making it an alternative route during traffic gridlock.

‘On Anibaba Sholafun Road, this road is a major link road, it links Igbogbo Road to Ota-Ona, Adaraloye to Owode, Ireshe road to Pashoku and Ita Elewa et al but because, of its strategic linkage to these major areas, we see the need for us to provide interlocking surfacing to the road, in order to ease vehicular movement’, he stressed.

Responding, on behalf of the residents, the Ikorodu Division DC Chairman, Alh Lukman Shonibare commended the Council boss for initiating the road project. He noted that the road, which hosts about 10 CDAs in the local government will enhance the economic situation of residents of the area.

An APC Chieftain, Alh Lukman Animashaun (Decubano) was also full of praises to the Chairman, describing him as an experienced local government administrator, having served the same Ikorodu local government as a Councillor in his 20s.

Ikorodu local government Supervisor for Works, Hon. Yusuff Gbadebo, in his brief remark at the event congratulated residents and stakeholders on the face-lift of the Secretariat building, describing theproject as epoch-making. He also commended Ikorodu APC party leaders for their usual support for many of the successes recorded so far by the Wasiu Adeshina-led local government administration. 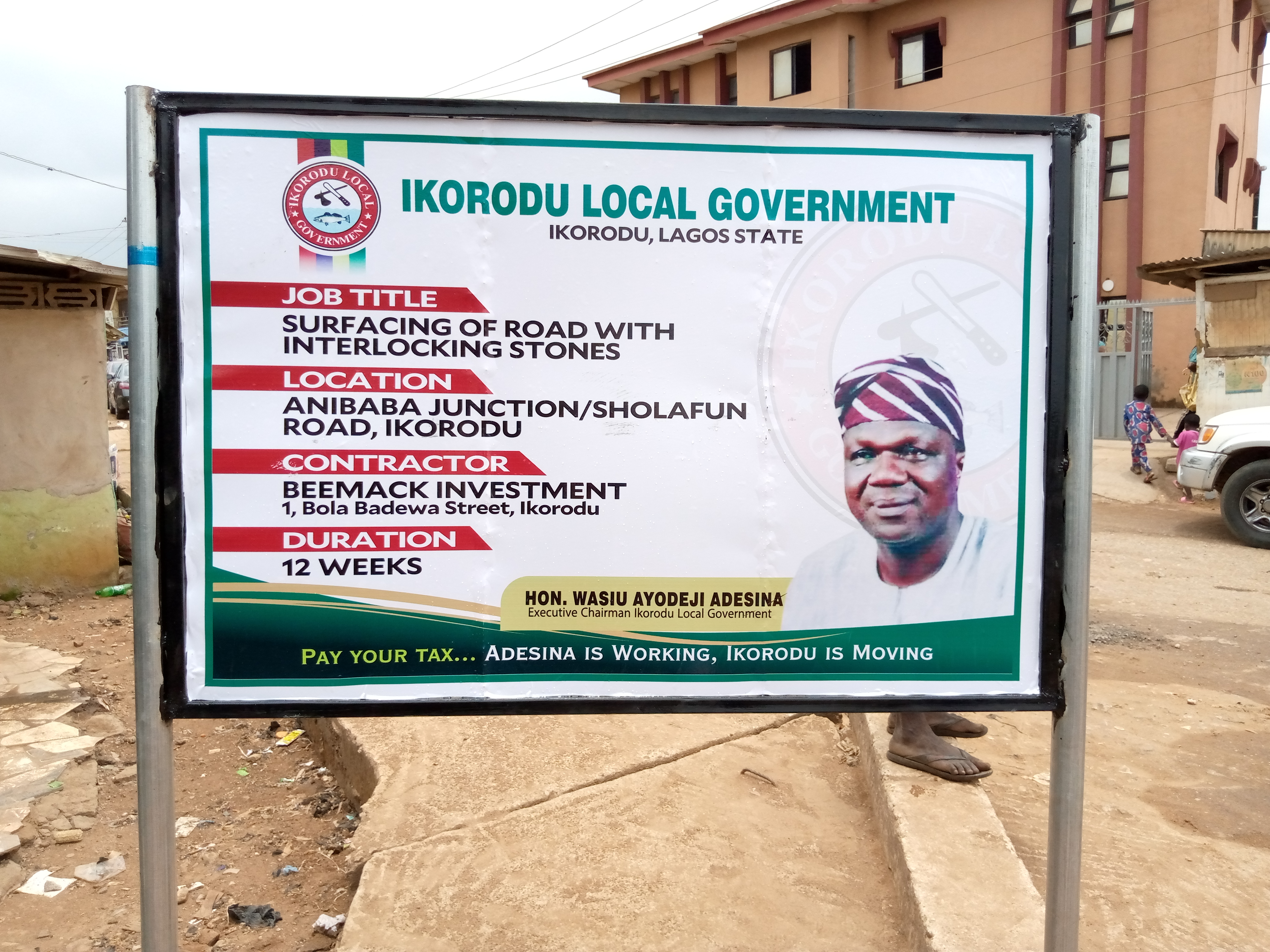