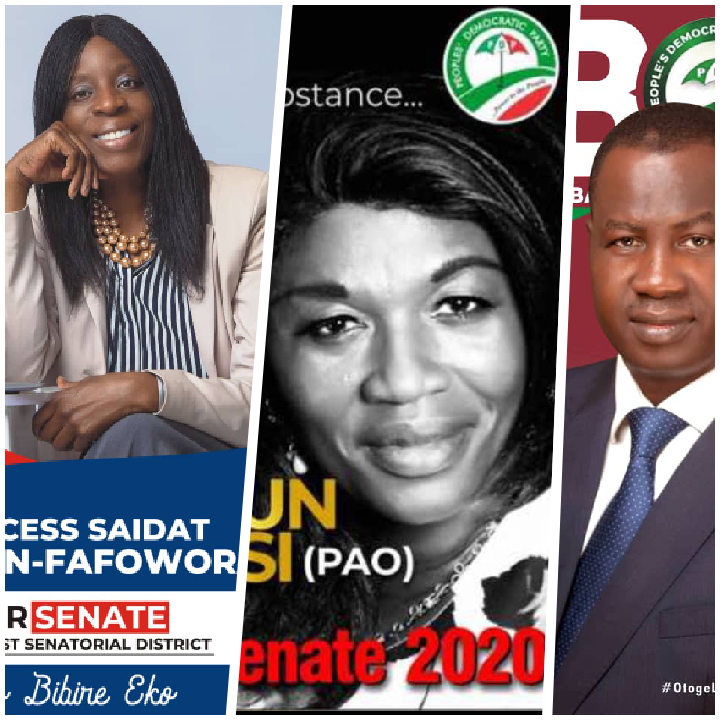 Babatunde Olalere Gbadamosi (BOG) who contested for the 2019 governorship election on the platform of the ADP who is back to the PDP fold picked his form yesterday. Similarly, Princess Abiodun Oyefusi who was PDP’s Senatorial flag bearer in the 2019 election has also picked her party’s nomination form. Princess Saidat Odofin has also followed suit, making the Ikorodu PDP aspirants the aspirants to beat in the build up to the PDP senatorial primaries in the state.

Going by this development and PDP’s possible zoning of the Senatorial ticket to Ikorodu division, the division is set to witness one of the most interesting and fierce political battles among the leading political parties in the state namely, the ruling All Progressive Congress(APC) and the Peoples Democratic Party (PDP).

Understandably, Ikorodu consists of about 30 wards, out of a total 90 wards that makes up the Lagos East Senatorial district, representing one-third of the total number of wards where the election will take place in the district.

This will definitely be an interesting political times for the Ikorodu born aspirants, political gladiators as well as the major political parties as they will stop at nothing to outdo each other in a bid to win the hearts of Ikorodu, and by extension Lagos East electorates ahead of the October 31 bye-election.

Political watchers have postulated that the forthcoming Lagos East Senatorial bye-election is an ‘election of Ikorodu among Ikorodu and for Ikorodu’.

Unfolding events of few weeks time will prove this postulation right or wrong.