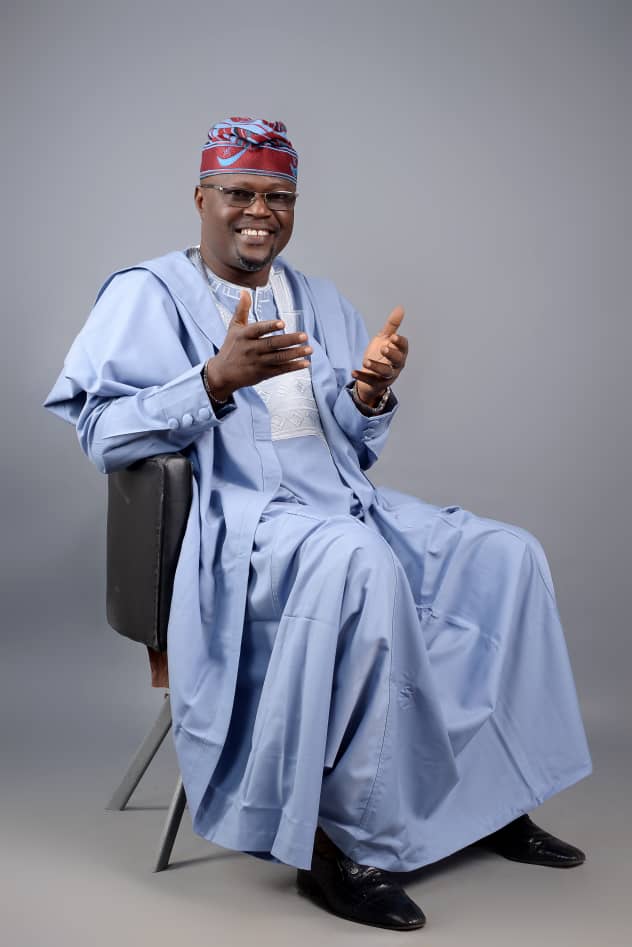 The coast is getting clearer for the consensus candidate of the ruling APC, Mr Tokunbo Abiru, as one of the major contenders for the party’s ticket and a close relation of Abiru, Otunba Ganiyu Olusegun Abiru has finally thrown his weight behind the candidacy of the younger Abiru.

Otunba Abiru made this declaration in a press statement, he personally signed and made available to some media houses in Lagos.

In the lengthy statement, the senior Abiru declared that his foray into partisan politics was never for personal or seflish gains but, to deepen the political process by changing the erroneous narratives that Ikorodu Division does not have qualified and capable hands for the Lagos East Senatorial Seat ahead of the APC party’s primaries in 2019.

The full statement is reproduced below;

I am compelled to write you this all-important letter at this crucial time in the history of our Senatorial District. As you are well aware, we lost our former Senator, Sikiru Bayo Osinowo to the cold hands of death in July. We pray for Aljanat fidaus for him and pray for God to comfort his immediate family and our party as a whole”.

“Constitutionally, the vacancy created by his demise MUST be filled within 90 days hence, the commencement of tacit political campaigns and consultations among the ranks and files of our party across the district. As at the last count, five (5) of us have indicated interest in picking the ticket of our great party, to fill the vacany position”.

Speaking further, Abiru noted that, “as a major contender for our party’s ticket and a leading one at that, having traversed the length and breadth of our Senatorial District in the build up to the 2019 party’s primaries, preceding the general elections, I beleive, without any doubt that, I am well positioned to fill the vacant slot, leading to the rejigging of my political campaign machinery”.

“I must say that, like what we did in 2019, my team ran a well-structured and issue based campaign and made strategic consultations with key leaders across our district in a bid to secure the support and blessing of our party leadership for me to emerge as our party’s flagbearer. You all assured me of your support and I believe strongly that you meant every inch of your words to me”, he said.

“But, since politics is a dynamic game and is determined by rapidly changing dynamics, it did not come to me as a surprise that, while you all desired that I emerge our party’s flagbearer, certain political dynamics will not make that possible, and some of these reasons are clear and understandable to me. To this end, as a loyal party man and a good sports man, I have deemed it fit to write this letter to formally announce endorse our party’s Senatorial ticket, in the overall interest of our great party and to facilitate the victory of our party’s flagbearer in the forthcoming election”.

Otunba Abiru noted that, Mr Tokunbo is not just his blood relation, but a younger brother that he has  tremendous respect and honour for.

“He represents everything I stand for and have always advocated for in our national and local politics. Whatever vision, mission and dream I have for our senatorial district, I see in Tokunbo, a qualified and capable personality that can drive these visions and even surpass them, considering the fact that he is even younger with more energy and vibrancy, hence my decision.
To the good people of Ikorodu Division, I want to specially congratulate you for your steadfastness and commitment to our IKORODU DIVISION AGENDA Campaign 2019/2020, for the emergence of a candidate of Ikorodu Division extraction to be considered as our party’s candidate to fill the vacant Senatorial position has now been graciously granted by our great party. While I may not have been the direct beneficiary of our party’s ticket, in person, I feel satisfied and fulfilled that our voices as a Division has been heard and we now have the party’s ticket. And, I must add that, our Son and Bother, Tokunbo Abiru who is our party’s favoured candidate is a square peg in a square hole and will surely do us proud”, he stressed.

Abiru also appealed to all stakeholders to support his younger brother’s aspiration.

“I therefore appeal to all and sundry to give him the same level of support and love you have shown to me. This is necessary, as it is a launch pad for his acceptance across the district and especially at the polls in October”.

“He further pledged his continued loyalty to his party, the APC.

“To our party leadership, I pledge my continued loyalty and commitment to party supremacy and ideals and will work hard to ensure victory for our flagbearer come October 31st by the grace of the most High God”

Abiru also sent a heartwarming message to his campaign team.

“Finally, to my very loyal, committed and ever-dedicated GOA 2020 Think-Tank, words are not enough to appreciate you all for your steadfast faith and trust in me and my political aspirations. I enjoin you all to embrace our party’s flagbearer and work hard, as you have always done for me. Tokunbo Abiru’s emergence is victory for our (GOA) ideals for capable, qualified men of imepccable characters to occupy political offices. This is our victory! Congratulations to you, guys. YOU ARE THE BEST!”

“To the good people of Lagos East Senatorial District, 31st October is a date to re-write the history of our district and reposition it for the better. Let us collectively support and vote for APC candidate, Mr Tokunbo Abiru in the forthcoming election”, he concluded.