I WILL USE MY GOODWILL TO BRING DEMOCRATIC DIVIDENDS TO LAGOS EAST- APC SENATORIAL CANDIDATE, TOKUNBO ABIRU PLEDGES 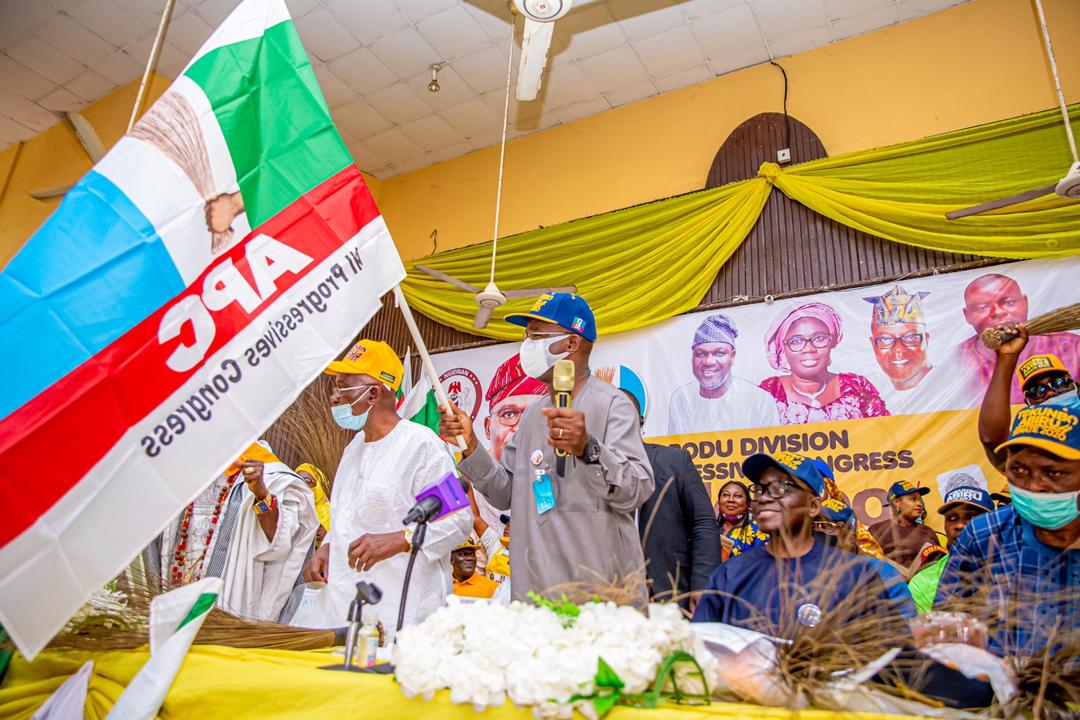 If the promises made by the candidate of the ruling, All Progesssives Congress APC is anything to go by, then good days are here for the good people of Lagos East Senatorial District.

Abiru, a retired banker and former Managing Director of Polaris Bank PLC who recently emerged the APC candidate in the October 31 bye-election in the State has promised to justify his choice as the party’s flagbearer when elected into office with the delivery of democracy dividends to the good people of Lagis East.

He made this known at a Stakeholders Meeting held in his honour at the Ikorodu Town Hall on Friday, 25th September, in continuation of his local government tour of the Lagos East District.

‘I am still very young and fresh. I still have the energy to serve your interest and deliver good governance to you all. I can see a lot of youths here today, I promise to use my goodwill and network from my over 32 years in the banking industry to bear when I am elected. I will mobilize my friends and contacts to support a foundation that will be used as a platform for the empowerment of our youths’.

Speaking further, he said, ‘we need to galvanize ourselves before October 31, so that we can bring back the good old days of recording 40-50, 000 votes. We have the strength, let us mobilize ourselves and make it happen’, he said.

Abiru also promised to use his good office, when elected to advocate for the delivery of developmental projects and infrastructure to the district.

In his brief remark at the meeting, Hon Babajimi Benson, representing Ikorodu federal constituency at the House of Representative stated that, Abiru represents quality representative, which he himself represents.
‘Abiru is passionate about Ikorodu. Despite tge fact that he has not been elected, he has started uding his wide contacts fof tge benefits of Lagos East. On more than one occassion, I have seen him called the Lagos State Governor, Mr Babajide Sanwoolu over on-going road projects across Ikorodu Division and Lagos East in general’.

Corroborating Hon Jimi Benson, Majority leader of the Lagos State House of Assembly, Hon SOB Agunbiade noted that, Abiru has always demonstrated strong passion for tne well-being of the good people of Ikorodu a d Lagos East in general.
‘Before venturing into active politics, whenever my brother, Abiru called me on phone, it was always to follow up with me on the state of our roads, particularly Oba Sekumade, Ebute-Igbogbo and other road peojects here in Ikorodu’, he said.

Presenting Abiru to the mammoth crowd of APC supporters at the rally, a former deputy governor of Lagos State, Prince Abiodun Ogunleye stressed that Abiru represents the new face of good governance in the District and charged APC faithfuls to mobilize massively for his victory at the forthcoming bye-election.

Similarly, a former Secretary to Lagos State Government, Asiwaju Olorunfunmi Bashorun spoke glowingly of Abiru, stating that he has everything it takes to deliver and apoealed to party members to vote and mobilise massovely for his victory at the bye-election.

Speaking earlier, Chairman of Tokunbo Abiru Campaign Team (TACT), Asipa Kaoli Olusanya charged party members to proof the popularity of APC by ensuring the delivery of massive votes for the party’s candidate at the 31st October bye-election.
‘Abiru is not just aspiring to become our Senator, his biological father, the late Justice Abiru was also a Senator, who represented this district in the second republic, during the regime of Alh Lateef Jakande between 1979-1983. 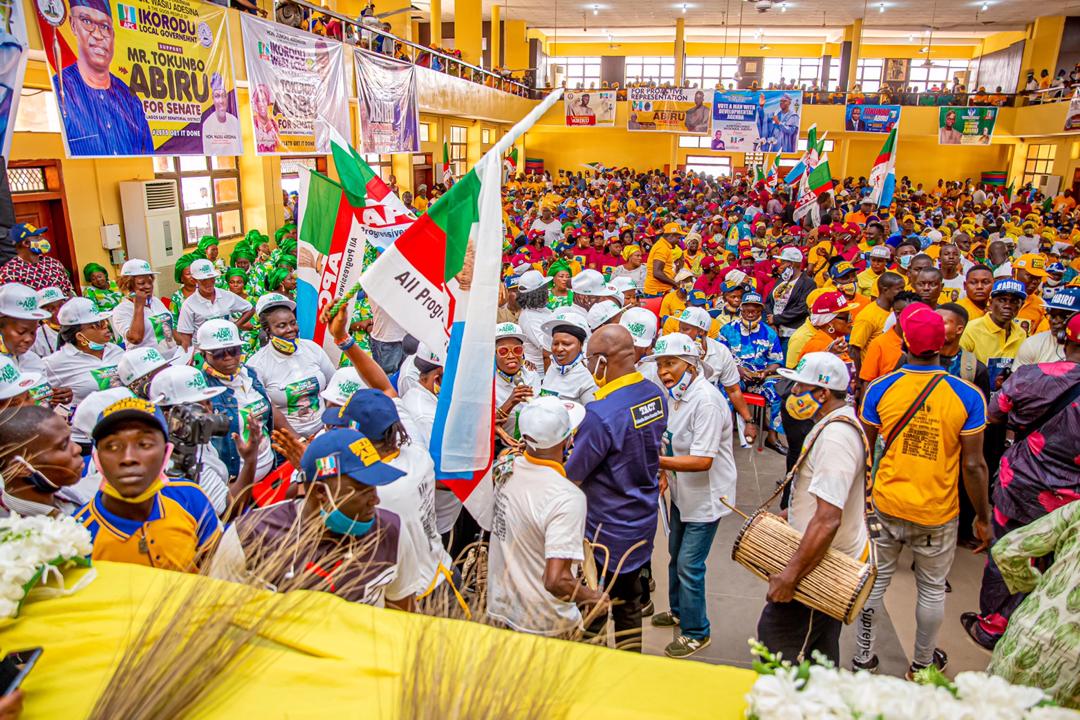 Mammoth crowd of APC supporters at the rally