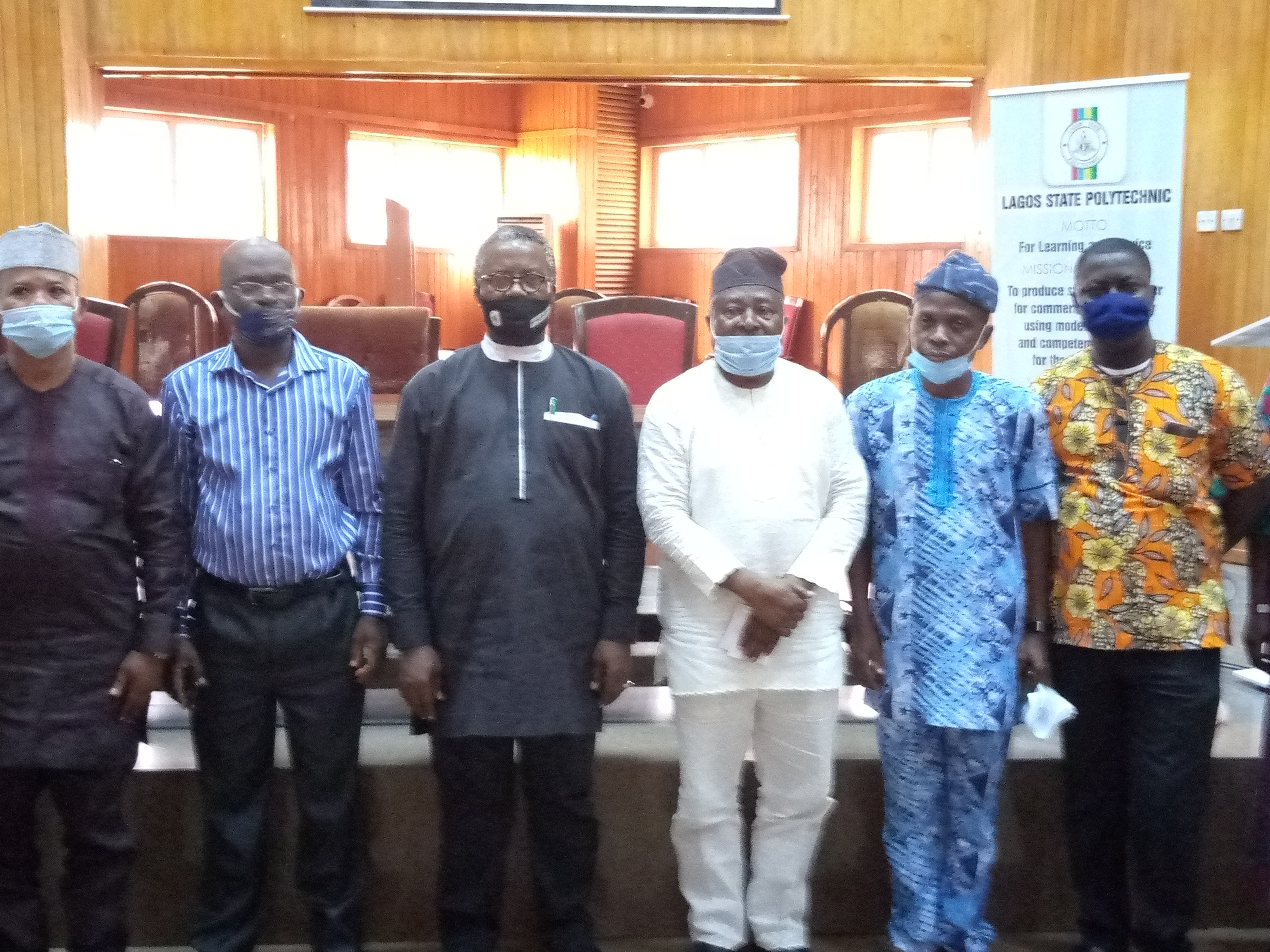 Stakeholdets at the meeting also raised some concerns over possible disruption of academic activities and community outlay of the Campus by the proposed Ikorodu Sub-Regional Masterplan unveiled by the Lagos State Government.

The concerns were raised at a Special Stakeholders meeting, organised by the Polytechnic on Friday, 12th September, 2020 at the Ikorodu Campus of the institution.

The Stakeholders Meeting, attended by selected stakeholders also served as a platform for galvanizing ideas and professional opinions into the proposed sub-regional masterplan. Some experts at the meeting canvassed for a special consideration of LASPOTECH’s unique academic environment before the implementation of the plan so that academic activities on the campus is not negatively affected.

Speaking on the Ikorodu Sub-Regional Master Plan, Dr Funmi Adejumo, Associate Proffessor, Department of Architecture, UNILAG who deliverd the keynote address noted that, for a successful implementation of the plan, the Lagos State Government has to consider public acceptability by the people and alignment with the environment.

‘Few years ago, we met here at the Ikorodu town hall 3 years ago when we had few discussions with the Ikorodu people. Now this is what we have done, look at this for the last time. Does it agree with what you said that time? Do you agree with it? If not, where is your objection? That is what the template normally saye’, he said.

‘This is what we have done, here we are in this part of Ikorodu which is the polytechnic, this is what we have looked at, do you agree with me if not, how can it be used to improve it?For anyone looking at the masterplan, it is not to criticize, it is just to enhance the  functionality because,we are talking about 2016 to 2036 so, that is what is going on’, he added.

‘There must be acceptability by the people.It must allign with the environment. Ikorodu has its own peculiar environment. In other words, this infrastructure if it is put here in the next year,will this environment accept it?’, he asked.

He noted that the project should  be about the people and the environment.

‘They know this is a citadel of learning. So, the Lagos State Government did not make a mistake for sending this thing here. Now, whatever they observe here, is now for LASPOTECH Management to forward to the appropriate quarter, so that they will meet with the preparer of the masterplan and they will iron it out. As I said, it is a government to government issue and it is about the people and about tommorrow’, he submitted.

Speaking earlier, LASPOTECH Acting Rector, Mr Olumide Metilelu stated that, the Management of Lagos State Polytechnic under his leadership organised the Stakeholders Meeting in order to galvanize experts and stakeholders’ opinion on the proposed master-plan, with a view to make the document a more robust and all-encompassing.

He stressed that, LASPOTECH, being a responsible educational institution, with many qualified and professionals staff members cannot afford not to contribute it’s quota to the proposed document, hence the meeting. 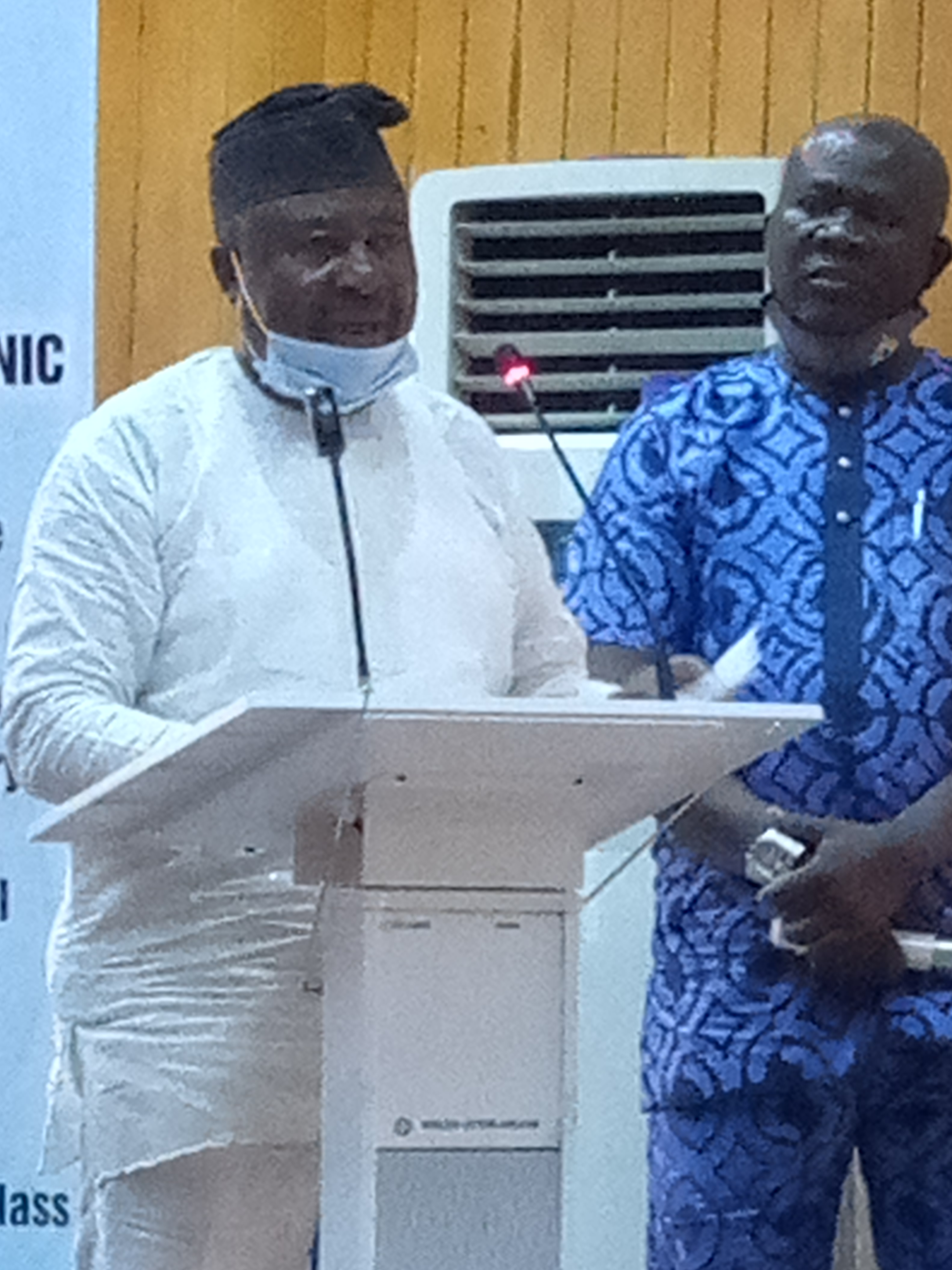