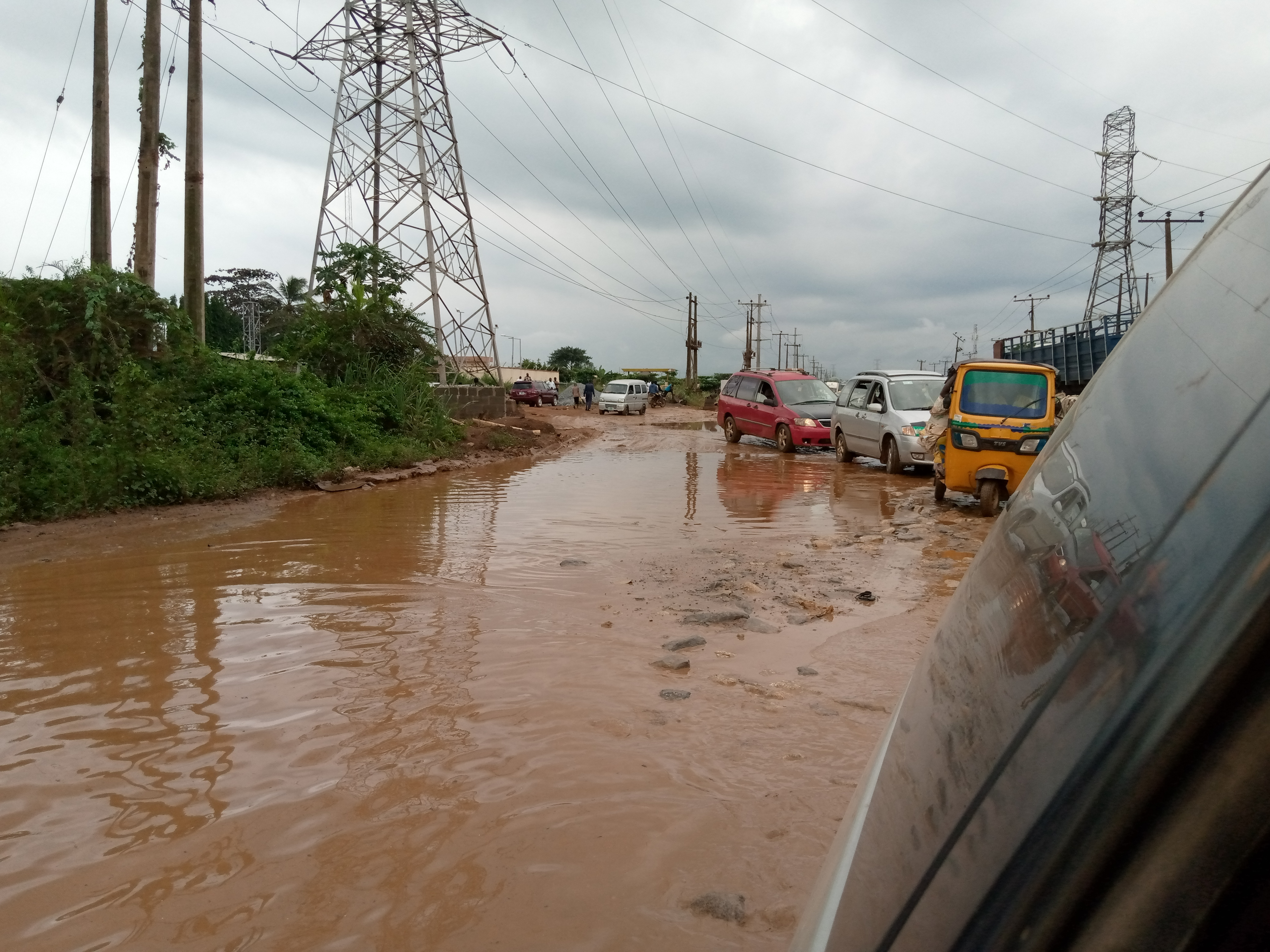 There is an on-going concerns been raised by residents and motorists plying the popular Ikorodu-Sagamu road, about 2 years after the road construction work was flagged off amidst funfare by the Minister for Works, Mr Babatunde Raji Fashola (SAN) in 2018.

Investigation by our correspondent revealed that the Arab Contractors men have abandoned the site for some months. This has led to the worsening state of some portions of the road, causing serious pains to motorists.

Similarly, the cost of transportation along the route, especially to Ogijo and Sagamu has gone up astronomically. This has forced commuters to rely on commercial motorcycles and tricycles as prefered means of transportation.

Traffic gridlocks and incidents of fallen articulated vehicles and lorries has become a regular phenomenon on the road, particularly around Lagos State Polytechnic, Ikorodu Campus.

Ikorodu Oga Radio gathered that close to 200 staffs of Arab Contractors, the construction firm handling the project were recently laid off by the firm due to paucity of funds.

In a chat with Ikorodu Oga Radio, Member, representing Ikorodu federal constituency at the House of Reps, Hon Jimi Benson told our correspondent that the challenge with the pace of work on the road was that of funding.

He assured that the road rehabilitation has not been abandoned but will be completed as planned. He added that the House Committee on Works will be paying a working visit to the site as part of its oversight function, for an on-the-spot assessment of the level of work done so far.

See some.of the pictures of the road below: